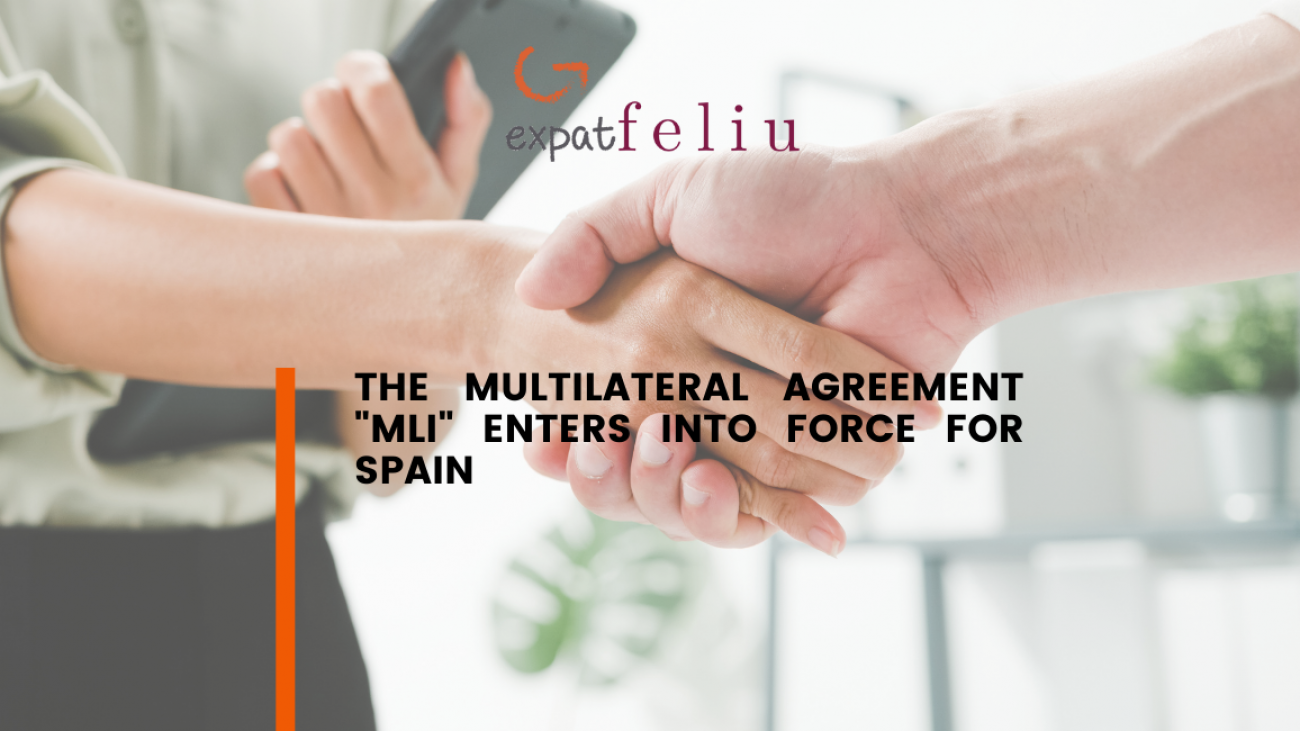 On January 1, 2021, the Multilateral Convention (MLI) entered into force for approximately 650 treaties and an additional 1,200 treaties will be rectified once the Convention has been ratified by all signatories.

Within the BEPS (Base Erosion and Profit Shifting) Project, the OECD (Organization for Economic Cooperation and Development) established strategies to avoid tax planning that takes advantage of loopholes or asymmetries in tax rules to artificially attribute profits to low or no-tax jurisdictions where there is little or no activity.

In order to reduce opportunities for tax avoidance by multinationals, the main measures included in the MLI address treaty abuse, strategies to avoid the creation of permanent establishments, taxation of dividends, hybrid mechanisms or the elimination of double taxation.

The MLI also focuses on improving the dispute resolution mechanism, specifically by including an optional provision on mandatory and binding arbitration, which has so far been adopted by 32 jurisdictions, including Spain.

With respect to material progress, it should be noted that on June 1, 2022 Spain deposited with the Organization for Economic Cooperation and Development the notification confirming the completion of the internal procedures for the ratification of the MLI, although its publication is in the Official State Gazette of December 22, 2021, it is only now that the Organization for Economic Cooperation and Development is aware of this completion.

This is a circumstance worth noting because, although the MLI has been in force since 2022, Spain made a reservation that made the materialization of these modifications conditional (Article 35.7 of the MLI).

Thus, the calendar for Spanish purposes with respect to the modifications introduced by the MLI is postponed until at least 2023, with the exception of amicable procedures in which the MLI could take effect as of July 1, 2022, unless the Double Taxation Agreements in question prevent it.

How can we help you?

If you have any doubts about this, you can contact us and our team specialized in internationalization will advise you and give you more information about MLI dispute resolution.